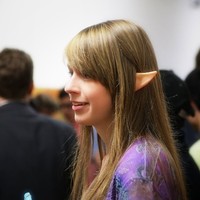 "Spyro Reignited Trilogy has been my favorite project that I've worked on so far at Keywords Lakshya. Working with these people was truly a joy, and I hope to one day work with them again on another game!"

In 2017, Karen Koon was hired at Lakshya Digital | Keywords Studios as their first-ever Associate Artist. Shortly thereafter, Keyword Studios gave Karen the opportunity to define her role. Her duties then began to focus more on supporting the quality of production at the company, suiting her new contract position as a Project Coordinator.

After 9 months of documenting company processes and coordinating content with tools like JIRA and Perforce, Karen signed on with Keywords Studios full-time as their Associate Outsourcing Producer.

As an Associate Outsourcing Producer, Karen's role was pivotal for establishing steady communication between teams, administrating each team's workflow with JIRA and via scheduling. Overall, outsourcing has become a controversial topic in recent years among the video game industry. Some argue it promotes studios to downsize staff in order to keep costs low for budgeting purposes, diminishing overall production quality of a game.

Industry professionals claim that if done correctly, it can boost productivity and efficiency in overall game production. Since it was brought to public knowledge, some studios (including AAA) have proven that outsourcing does not equate to producing lower quality games.

This has definitely been the case for Karen, as Spyro Reignited Trilogy has done exceedingly well since its launch, and we're really looking forward to seeing what she works on next!