The Game Design & Production students have begun their presentations for their end of the year assessments.

A lot of pressure has been put on for the new program. From creating a game design document to stepping into the producer role for streamlining game art assets, the class has gotten its first taste of the well-rounded expectations.

As Game Art & Animation focuses on their concept silhouettes, what is Game Design & Production’s assessment?

What is their end of the year goal?

To develop a shooter level in the game designer’s perspective. Artistic direction would come into play later, therefore the design was majorly focusing on functionality and execution.

By the end of 2018, the Game Design & Production students must briefly explain their vision, and what potential platforms they may optimize their games eventually for.

Meanwhile, they must also stay on production schedule for their major production pitch aimed in early February. With creative control given to the Game Design & Production students, all but one will be using Unity, as the remainder will be opting to use Unreal Engine.

As the year coming to a close, the time has come to present the games, with a follow-up playtesting session. From unique stationary bubble shooters, to painting an homage to the classics (a la Space Invaders), the Game Design & Production students were ready for their showcase. The students engaged in creative discussion and constructive debate on how to improve each other’s level examples.

Best of all, all projects remain on schedule and will not clash with their Major Production pitch in February. 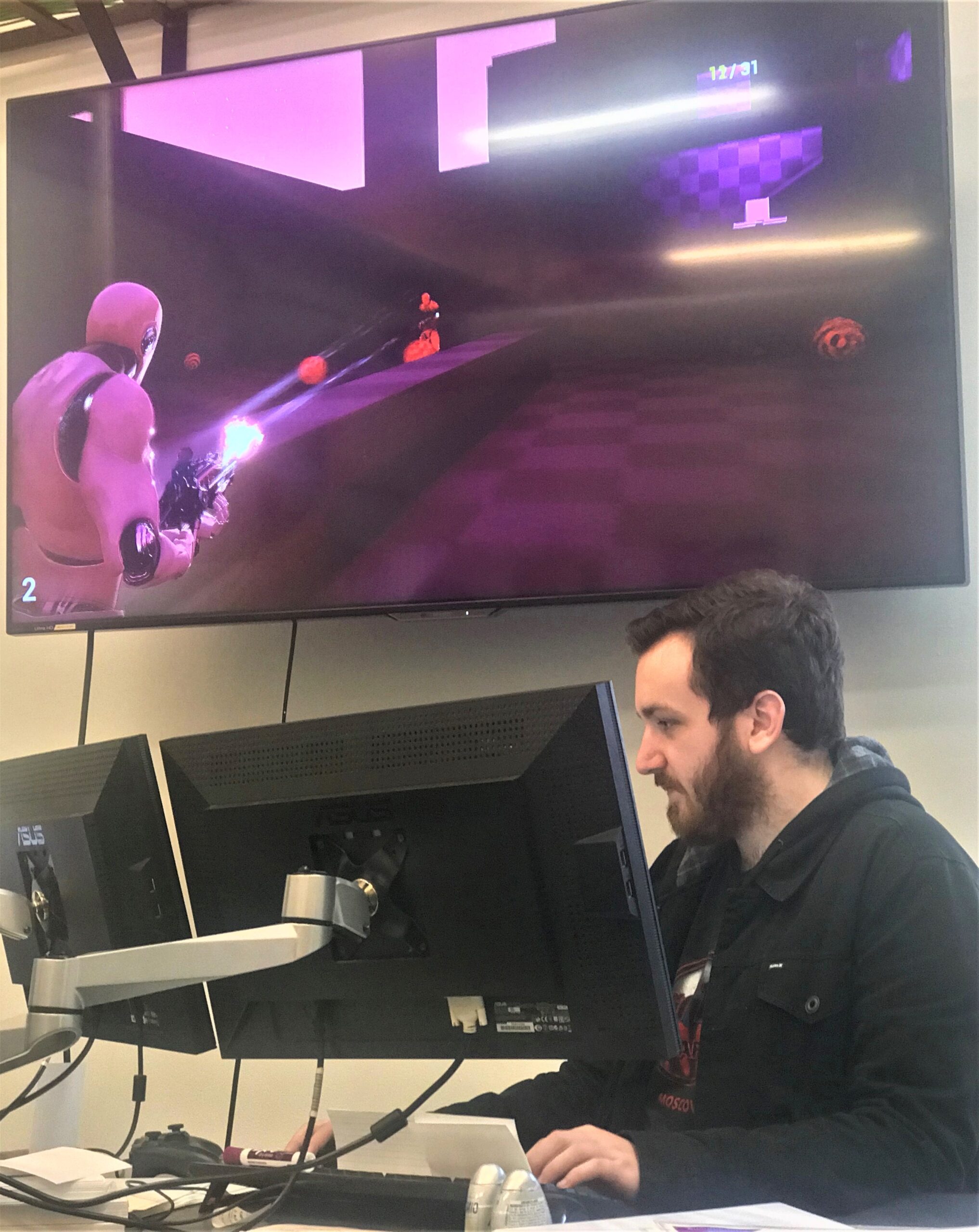