We are immensely thankful to have expert storyboard artist, Victor Fuste, share with us what his top 3 Unconventional Tricks for Storyboard Artists are. Victor has taught as an Artistic Development Trainer for DreamWorks Animation for several years, and a plethora of creative studios in the animation industry. If your dream is become a storyboard artist, or maybe you’re looking to supplement your primary skills as an animator or storyteller, read on for some awesome tricks from Victor Fuste.

Every story, regardless of scope or medium, is made up of choices. When crafting your story, the characters and worlds you craft are defined by the choices you make as a storyteller. Each choice is part of a larger chain, where each choice affects what comes before and what comes after in the story. That’s why it can be especially daunting – heck, downright paralyzing – for first time storytellers (both writers and storyboard artists) when they come to a juncture and they must face the big looming question of: “OK, now what?”

Whether you’re plotting out your entire feature film script, or simply stuck on a specific scene or set of storyboards, here are a few simple yet unconventional tactics that might get things moving again. Think of them as Story Metamucil. If you aren’t 100% sure whether a piece is finished, seek the help of a mentor that will give you unbiased criticism. It is encouraged in this industry for every creative professional, no matter their experience level, to know a trusted figure that you can count on for constructive criticism. Consider their words before you decide to take it to a publisher.

Most of us feel like the only way to power through something is to stare at a computer screen and hope that inspiration strikes. However, scientific studies have shown that getting up from your desk and taking even a short stroll outside will help get those brain juices flowing. If you happen to live near a coffee shop, bring a sketchbook. Draw a passerby and come up with their backstory, maybe even embellish how the passerby looks if they were in a fantasy setting. You’ll find a change of perspective will reboot your story engine and get things rolling.

If you’re writing a scene and get stuck, make a bullet point list of things that simply wouldn’t happen in that scene. Don’t be afraid to go far afield (e.g. Did aliens just land at Thanksgiving dinner and ask for a dinner roll?). If you’re storyboarding out a scene, explore potential shots using thumbnails. Don’t be precious with them and don’t be afraid to get weird. The goal is to discover the paths that simply won’t work so you can eliminate them from the possible routes your story or scene could take. 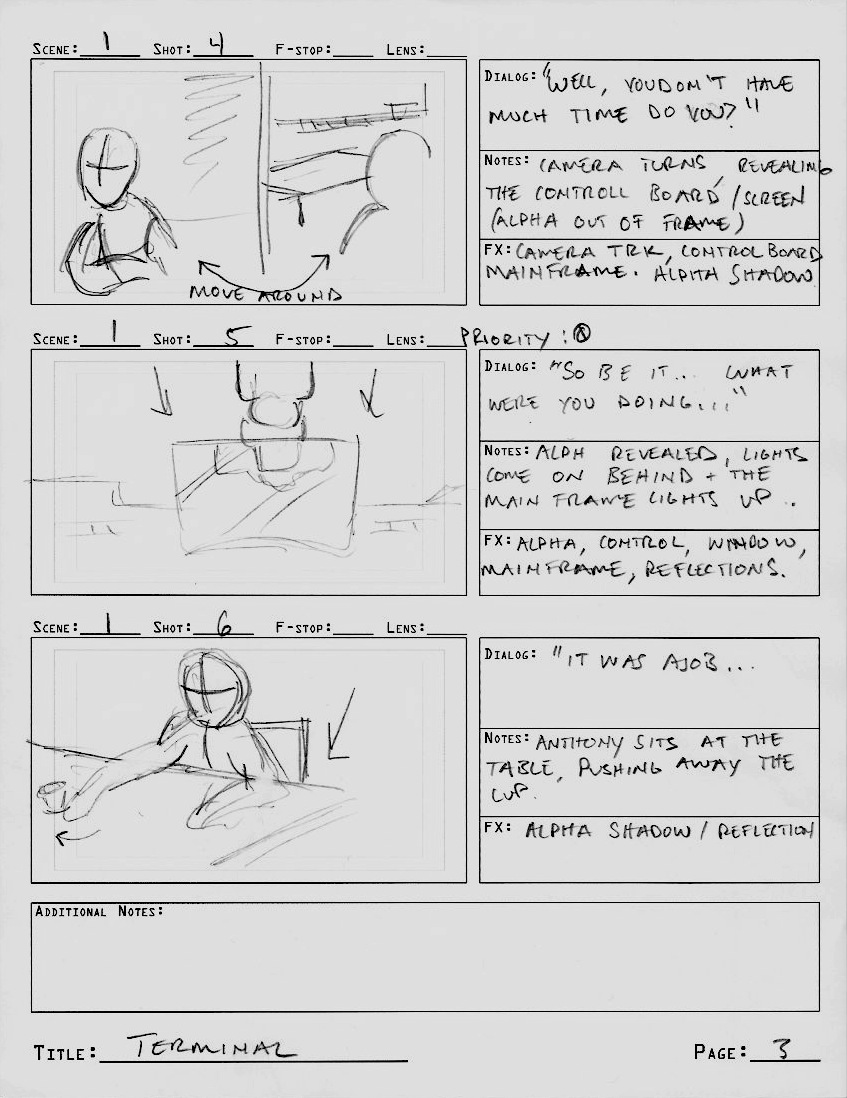 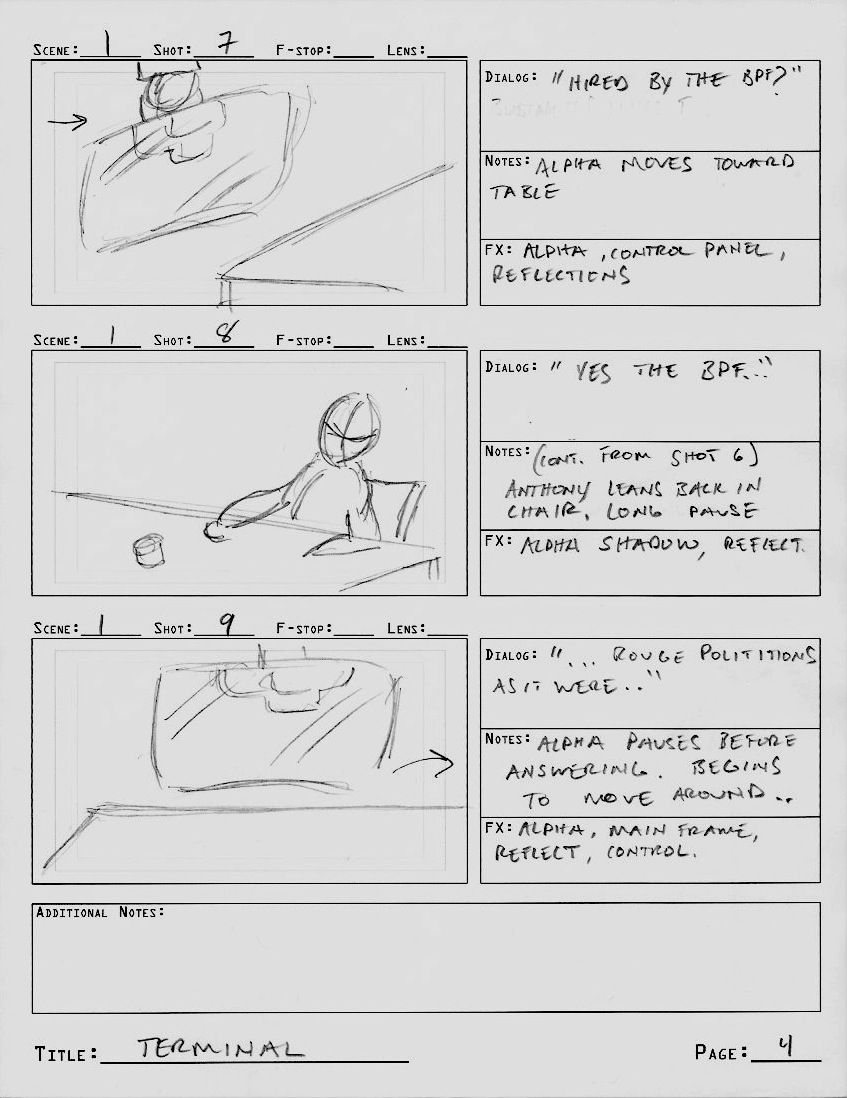 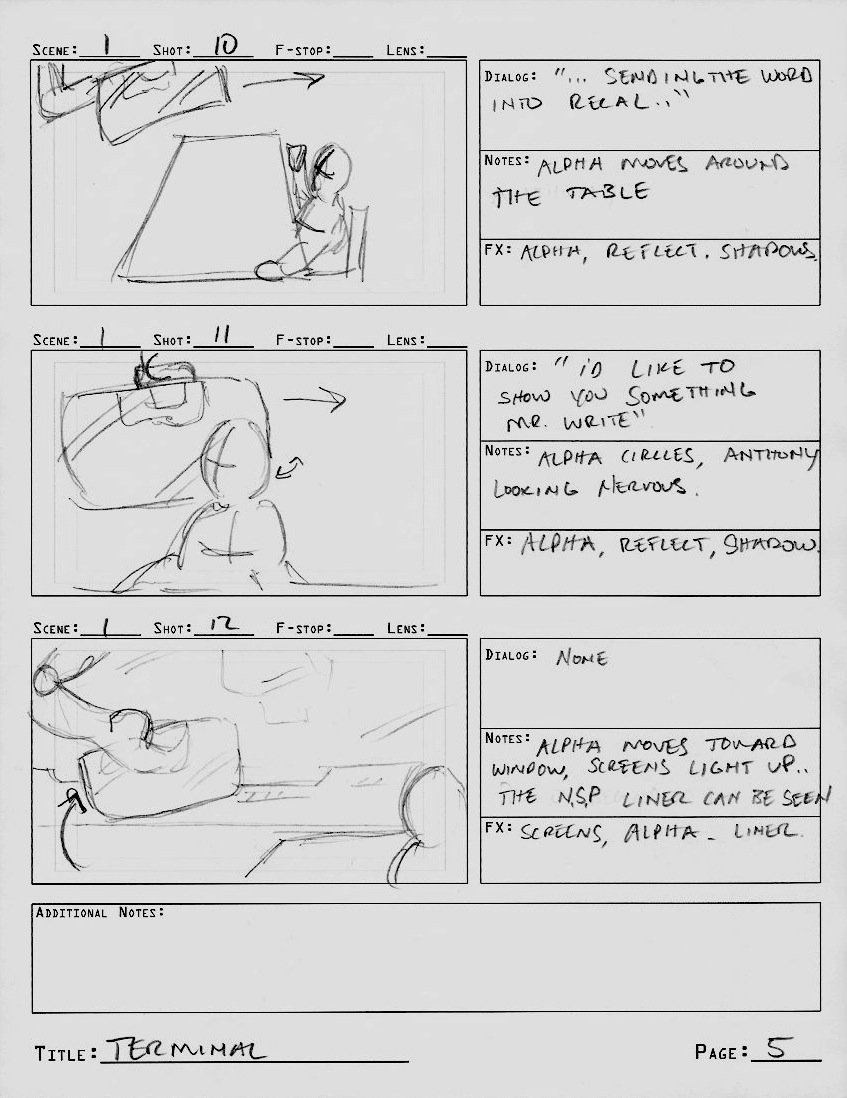 Put something down on paper, even if you think it’s bad.

One of the most important things I teach in my Storyboarding for Animation course, and most likely the toughest thing to overcome as a storyteller is the urge to self-edit as you go. You are your own harshest critic. Second guessing and over analyzing are poison to storytelling can lead to a spiral of self-doubt. Instead of making sure every word or every panel is perfect, just get it all down. Word vomit! Once it’s all down on paper (or drawn out on your Cintiq), that’s when you get the old editing mop out and clean things up. It won’t matter even if your first draft isn’t perfect – you’ll be able to spot the problems if you can see the whole thing in its entirety.